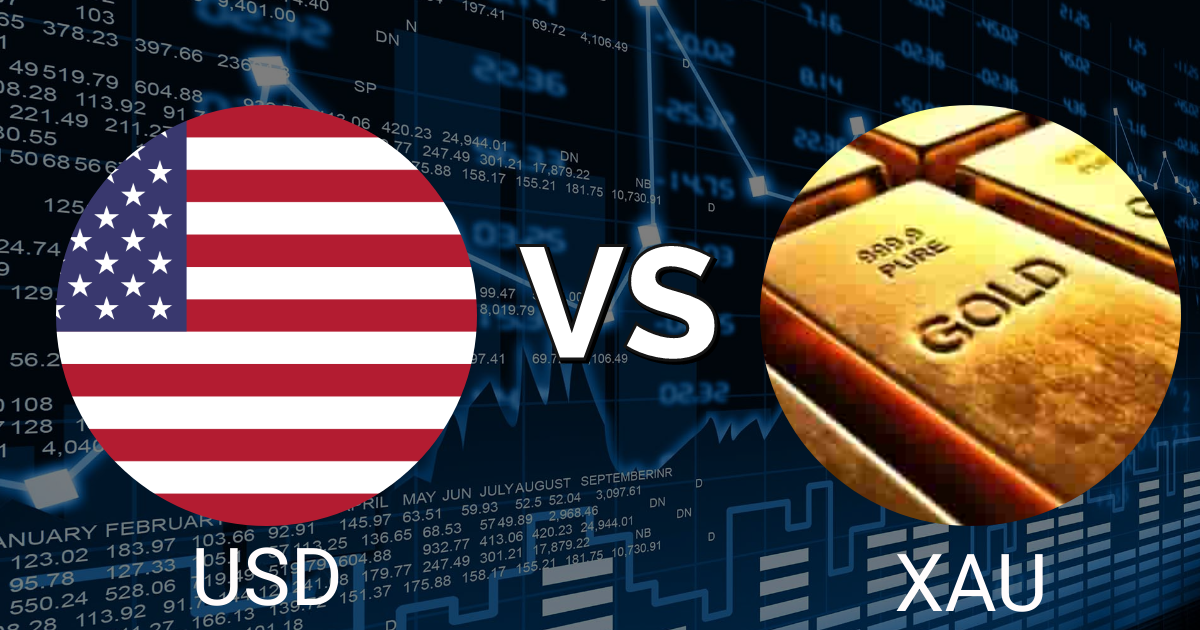 The U.S. Dollar and the Gold Currency Exchange Rate (XAU) have had a tumultuous history for several decades. In the late 1970s, the U.S. Dollar reached an all-time high of more than $880 per oz of Gold. The price of Gold reached its most significant high in late 1979 before it began to steadily decline for more than 25 years (1,918 days).

The internationally recognized code for gold is XAU, which stands for one troy ounce of gold and is a symbol used in the ISO 4217 currency standard to indicate this. It has been predicted to appreciate in value during periods of financial uncertainty and instability.

Gold has a long history, dating back to at least 4000 B.C., when it was used by early civilizations in modern-day Eastern Europe to make beautiful objects, according on the National Mining Association.

It was exclusively used to make things like jewelry and idols for worship for thousands of years. This was until around 1500 BC, when the ancient empire of Egypt, which benefited greatly from its gold-bearing area, Nubia, made gold the first authorized medium of exchange across international borders.

The Shekel was a silver coin weighing approximately 11.3 grams that was used in ancient Egypt and became the ruler of Middle Eastern currencies. It was produced from a semi-precious alloy known as electrum, which consisted of two-thirds gold and one-third silver.

Around 1200 BC, the Egyptians found they could combine gold with other metals to make it stronger and provide different color pigments. The Egyptians also began experimenting with lost-wax casting, which involves making a duplicate gold statue from an original wax figure, resulting in wonderfully intricate sculptures that are still used today.

The gold standard was a monetary system in which the fundamental economic unit of account, for example the US Dollar, was defined by a fixed quantity of gold. An individual holding some amount of paper money can go to a bank and swap it for a set amount of gold with this financial system.

All countries have abandoned the gold standard entirely, with the result that it is no longer used by any nation. The coinage issue, as well as the advent of paper money, began to create difficulties for nations, especially because many were based on a bi-metallic gold/silver standard.

Paper money was too highly valued in gold, and there were also constant issues of supply imbalances between both gold and silver to back the paper money. As a result, one metal was chosen to underpin the value of money, which began the golden standard.

The money supply was linked to the amount of gold during the gold standard, meaning that many nations chose to temporarily suspend it in order to print cash to pay for their participation in World War I. Unfortunately, this irresponsible printing of currency resulted in severe inflation.

After the conflict had ended, nations realized the gold standard’s stabilizing effects on their currencies and international trade. However, once strong political allegiances between countries vanished, foreign debt climbed rapidly, and government finances were to say the least tight.

It became clear that the gold standard was unable to stand up during difficult times, generating negative sentiment and low confidence in its future viability, worsening economic circumstances. However, nations were still unwilling to give up the gold standard altogether, reinstating it while holding out the hope that a new era of international gold standard stability may return.

Many nations’ camel’s back was broken by the Great Depression. Following the stock market collapse in 1929, European countries’ currencies were completely misaligned, while some, particularly Germany, were still recovering from World War I.

As people started to question the security of banks and paper money, gold hoarding became prevalent. As a result of bank panics and gold hoarding, many banks had to shut down. However, the UK and most other nations began to raise interest rates in an effort to entice consumers to keep money rather than converting their fiat currency into gold.

This caused countries all around the world to abandon or suspend the gold standard in the early 1930s, including Great Britain. Several of the nations that left the gold standard earlier were able to recover sooner than those who did not.

In the 1960s, inflation was rampant in the United States, and US gold reserves had been reduced significantly to help pay for the restoration of Europe and other regions of the world after World War II. In 1968, a number of countries that controlled global gold supplies decided to stop selling gold on the London Market, allowing market forces to set the price.

You’ve made it this far if you know that gold has a long history of human fascination dating back over 5,000 years. Gold has been the cause of an insatiable desire for the metal since mankind first saw it.

This self-interest for gold that drew civilizations from all across the globe together independently of one another helped to cement the worldwide usage of gold as a medium of exchange and, eventually, the gold standard. Since the dissolution of the gold standard, demand and production of gold have skyrocketed globally, as has price.

It would appear that our devotion to gold is unlikely to abate any time soon, based on the previous 5000 years or so of history.