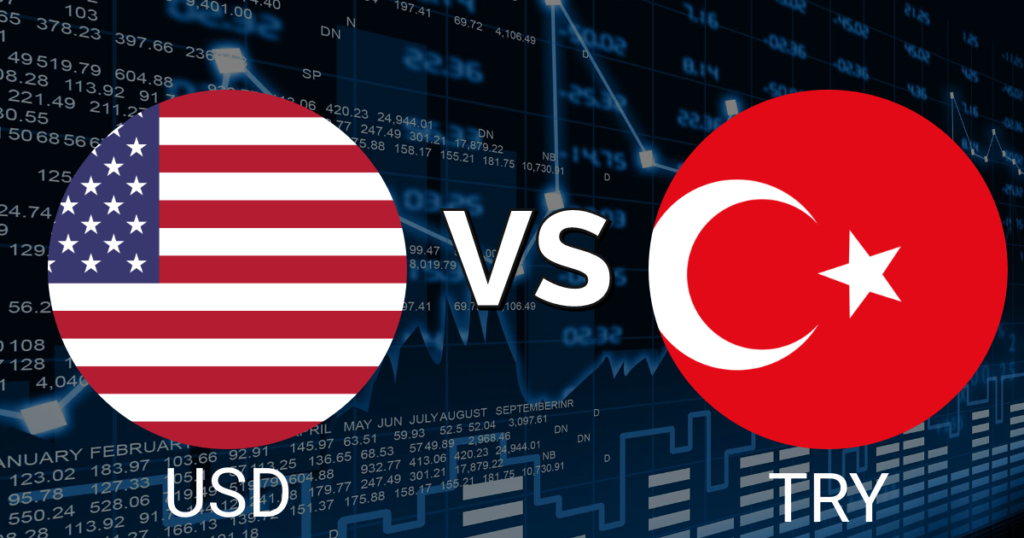 It’s important to be aware of the Turkish Lira (Old name: TRL and now known as TRY – Symbol: ₺). This is your one-stop guide to understanding Turkey’s currency, from how it came about to how to make the most of it today.

The History of the Turkish Lira

Turkey has a long, turbulent history, and its money is no exception. Since becoming Turkey’s currency, the Lira has gone through many modifications.

The Turkish Lira was relatively stable throughout the 1960s, when inflation began to erode it quickly. Turkey’s currency became so devalued that it was necessary to terminate the old Lira and create a new one. The following is a chart showing the yearly average value of the Turkish Lira over time leading up to 2005.

What Is the Lira Today?

The E-9 banknotes were first issued on January 1, 2009, and the old E-8 banknotes were no longer valid on December 31, 2009. The official deadline for exchanging old Turkish Lira to USD or any other currency was 2015. Some internet retailers or collectors would be interested in paying you the current rate (simply six z

Because there are many distinct varieties of Lira produced in the last 20 years, it’s important to know what they’re all about, so you don’t wind up with outdated currency that has no worth.

One easy way to spot an old banknote (pre-2005) is the high number on the currency. Because the currency became so devalued, million Lira notes were widespread and were worth less than a dollar by the time they were taken out of circulation.

The New TRY (E-8) banknotes are no longer in circulation, but it is still important to be aware of them and avoid taking them. These bills depict images of Mustafa Kemal Atatürk (the founder and first president of Turkey) and various historic and notable buildings and locations throughout Turkey.

The current Turkish Lira, which is the only currency you should accept, still depicts Mustafa Kemal Atatürk on the front, but historical persons from Turkey appear on the reverse of each note.

New banknotes include several security features, such as size variation between banknotes, different portraits of Ataturk, a holographic stripe, and a visible security thread under UV light with the numerical value and letters TL. When taking banknotes, make sure to look for one or more of these security features, especially the larger denominations.

Turkey Traveling with Turkish Liras in Your Pocket

The TRY, or Turkish Lira, is a common form of money in the country. While traveling in Turkey, you may use it to your advantage by gaining an understanding of how to make the most of the Lira while abroad.

In Turkey, as in other countries, ATMs are widespread and the most convenient method to get money. However, it isn’t always the cheapest or safest route to acquire Turkish Liras.

Just like in other countries, bank fraud is an issue in Turkey. It’s also critical to inform your bank that you’ll be traveling to Turkey so that they can take precautions if you try to withdraw money from an ATM and your card is denied. This was designed to safeguard you, but it might also ruin your trip.

One of the greatest methods to acquire genuine TRY banknotes is to use a currency exchange. Just make sure you have enough U.S. dollars (or Euros or Pounds) with you to trade. The best exchange rates are often found in local market areas’ currency exchanges. Changing money at airports almost always results in losses, so wait until

You’re in luck if you don’t want to lug around a lot of cash. In most parts of Turkey, credit cards are accepted, so that plastic may be your best friend. Make sure your credit card company is informed that you’re visiting so they don’t cancel your card when charges appear on it in Turkey.

In addition, here are a few more things to know about Turkish money.

It’s vital to stay up to speed on the current exchange rate so you know how much you’re spending as well as whether you’re receiving a good deal at an exchange office. Currently, one US dollar is worth about 8,66 Turkish lira, but this might vary in the near future.

If you book a trip or transportation using a credit card, be sure to bring the card with you so that they may authenticate it.

In Turkey, porters, maids, and waiters in restaurants are expected to be tipped. However, because most credit card slips do not include a space for a tip, it’s best to bring some cash with you.

Make sure to bring Lira and tiny denominations if possible when visiting local markets. While the shopkeepers may have change, it’s easier for both of you if you can pay in smaller denominations.