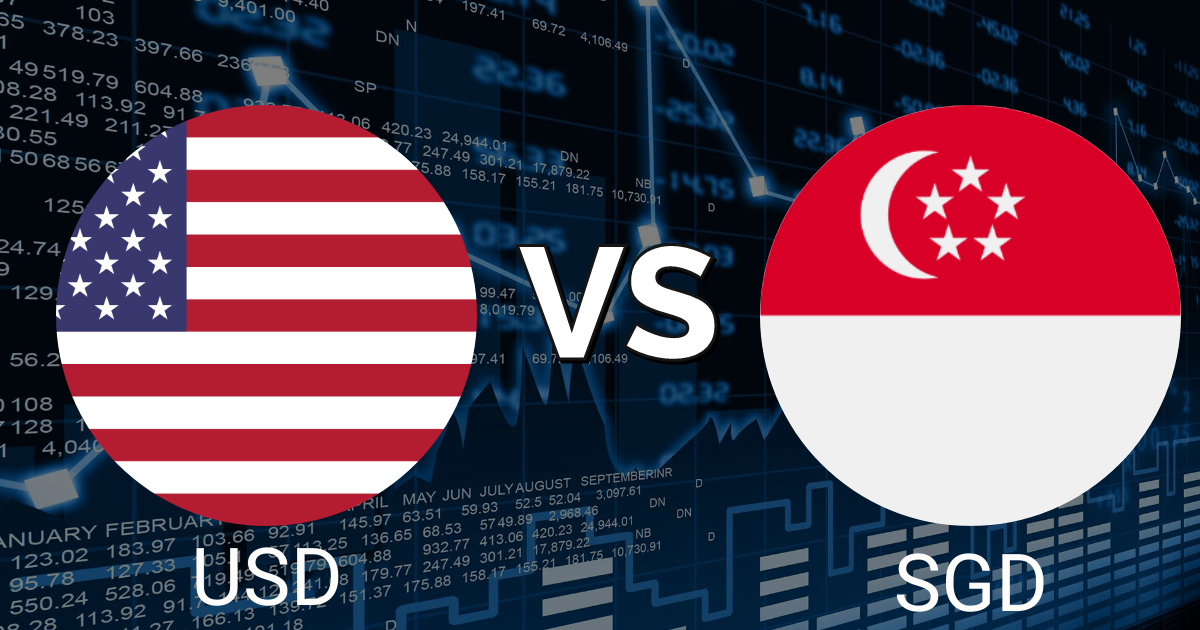 The history of USD and SGD is a history of international trade and economic relations between the US and Singapore. It begins at the age of discovery in the 15th century, when European explorers came to Asia looking for spices, silk, gold, and other riches. It continues through the colonial era and World War 2. It concludes in the present day with Singapore’s status as an international finance center and port city.

The Singapore dollar was created in 1965, following the dissolution of the monetary union between Malaysia and Brunei. Singapore’s currency had long been known as the Straits dollar, Malayan dollar, and British Borneo dollar. The SGD was valued at par with the Malaysian ringgit until 1973, when it was devalued to half its value in Singapore dollars.

During different time periods in Singapore’s history, a variety of currencies were used.

In the 14th century, Singapore was a bustling commercial centre, as evidenced by archaeological discoveries. Several Chinese coins have been discovered at various excavation sites, the majority of which are from the Northern Song Dynasty (960–1126/1127). According to these findings, archaeologists think that Chinese money was used as a means of exchange during that period.

The earliest years following the establishment of a British trading post in Singapore in 1819 saw a variety of currencies being used. The Indian and Javanese rupee, Dutch guilder, and Spanish silver dollar were among them, with the last serving as the main unit of account. The Portuguese and Spanish introduced silver dollars to Southeast Asia in the 16th century, and they were valued by their silver content. In 1823, Resident of Singapore John Crawfurd declared the Spanish dollar the official currency of Singapore in order to reduce the confusion caused by a variety of currencies in circulation.

Singapore joined the Straits Settlements in 1826, when it became part of the East India Company’s territories, which sought to make the Indian rupee and its subsidiary coins the official currency in the settlements via three Currency Acts passed between 1835 and 1855. Despite such efforts, the majority of transactions in Singapore were still conducted using the Mexican dollar, which had been established to replace the Spanish dollar. This caused the public funds to be recorded in one currency (rupees), even though actual transactions took place in another (Mexican silver dollars). The colonial governor of Hong Kong, Hercules Robinson, stated that the situation was “unhealthy” and would result in “additional work and confusion.”

In 1867, governance of the Straits Settlements was transferred from India to the Colonial Office in London. The Straits Settlements Legislative Council made history by passing the Legal Tender Act of 1867, which abolished Indian rupee’s legal tender status. The Mexican, Hong Kong, Spanish, Peruvian, and Bolivian silver dollars were permitted as legal currency in the Straits Settlements instead. The Japanese yen and American trade dollar were also recognized as lawful tender currencies in 1874.

The Japanese invasion in 1942 led to the creation of the military yen. Because the $10 bill featured a banana plant, people nicknamed the currency “banana money.” The old British money was still legal currency, but it was quickly replaced by the new Japanese money on the open market.

The first problem with “banana money” was serially numbered with control letters and safety features like a watermark and security thread. Following this, millions of dollars in cash were produced without security features, taking the serial numbers off the notes. The military notes were printed with a view to being used in parallel with the Straits and Malayan dollar currency, but their value plummeted over time. By 12 August 1945, the rate was 950 Japanese military dollars for each Strait dollar. The Japanese yen was worthless when it was demonetised by the British after they regained control of Malaya in September 1945.

Singapore formed the Board of Commissioners of Currency, Singapore (BCCS) as the sole currency-issuing authority in Singapore on 12 June 1967. The board was established with six members and chaired by Lim Kim San, then Minister for Finance. The British pound was replaced by the US dollar as the main intervention currency in 1970, with the Singapore government following suit. The sterling was abandoned in favor of the US dollar as a result of Britain’s economic devaluation. In 1973, Singapore implemented a managed floating exchange rate, with the Singapore dollar linked to a basket of its primary trading partners’ currencies.

In 1971, Singapore’s financial banking sector had a reform with the establishment of the Monetary Authority of Singapore (MAS), which centralized central bank activities that were previously dispersed among various government agencies. On 1 October 2002, BCCS merged with MAS, giving it note-issuing powers and making it a full-fledged central bank.