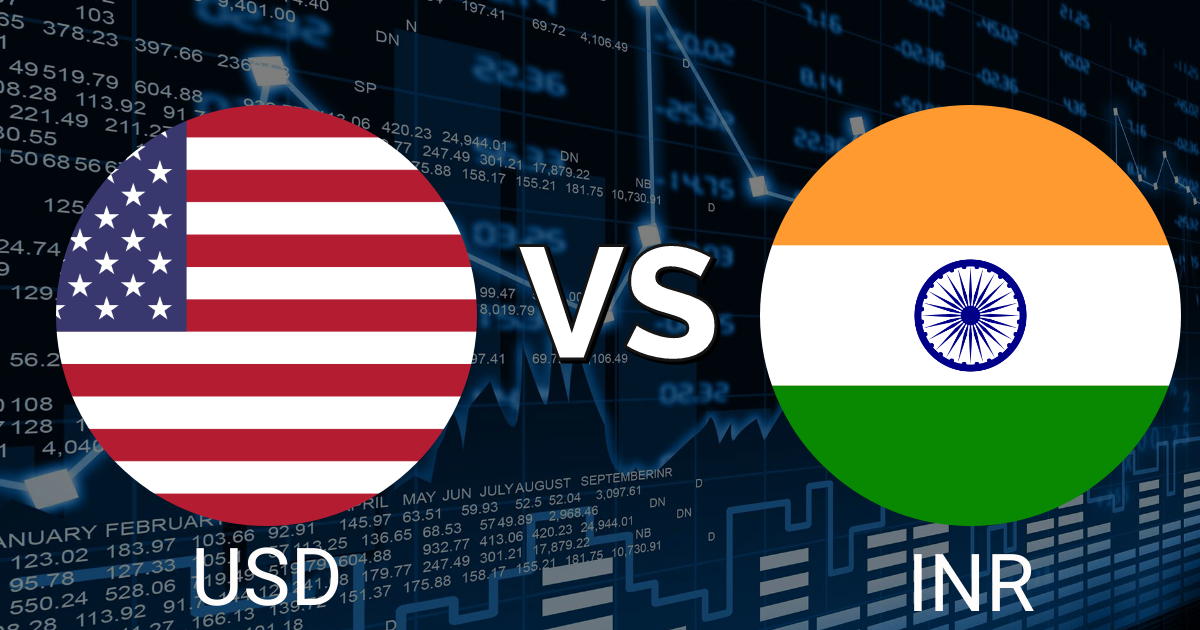 The history between US dollar and Indian Rupee is a long one. The relationship between the two countries is over 200 years old. In fact, it was around 1819, when the first US dollar came to India! Strangely enough, it was in the form of silver coins, minted by the East India Company, that would play a vital part in an important relationship between these two countries.

The rupee that we carry around in our pocket has a storied history. Behind Mahatma Gandhi’s pleasant expression is a long, eventful history dating back to the sixth century BC ancient India.

The History of Indian Rupee

The Indian rupee has a long history going back to sixth century BCE India. The Chinese wen and Lydian staters were among the first coins in the world, as was ancient India. The Mahajanpadas the Republic Kingdoms of old India, known as Puranas, Karshapanas, or Panas, were the first Indians to coin money. These Mahajanapadas included Gandhara, Kuntala, Kuru, Panchala, Shakya, Surasena, and Saurashtra.

The coins were made of silver, had the standard weight but irregular shapes, and varied markings like Saurashtra’s bull was hump-backed, Dakshin Panchala’s Swastika was on the obverse side, and Magadha consisted of several symbols.

The first king to use it was Chandragupta Maurya, who debased the silver currency and established the Punch Marked Coins minting of silver, gold, copper, or lead. The Greek practice of engraving pictures on coins was introduced by Indo-Greek Kushan rulers. During the Maurya dynasty, Chanakya, the first Mauryan ruler’s prime minister, wrote about the minting of coins such as Rupyarupa (silver), Suvarnarupa (gold), Tamararupa (copper), and Sisarupa (lead).

By the twelfth century, the Turkish Sultans of Delhi had replaced Indian monarchical symbols with Islamic script. Tanka was a gold, silver, and copper currency, as well as lower-valued coins known as Jittals. The Delhi Sultanate also attempted to implement a uniform monetary system, issuing coins of varying values.

The Coinage Act of 1835 introduced the worldwide currency standard. With the acquisition of control over the princely states, the British replaced the images of medieval coins with likenesses of King George IV.

The British monarch also rendered the designs on coins and banknotes obsolete. After India gained its independence in 1947, it began using banknotes instead of gold coins. The Reserve Bank of India was established in 1935, and the Indian currency notes were issued for the first time. In 1938, the top bank produced a five-rupee note featuring King George.

The British adopted the rupee as the official currency of colonial India following the 1857 uprising, replacing indigenous symbols on banknotes and coins with the image of King George VI.

In the 19th century, the British introduced paper currency to India. The Paper Currency Act of 1861 gave the government a monopoly on notes circulated throughout all of British India, which was a huge job. In the early 1800s, paper money was handled by a series of other individuals, including the Mint Masters, Accountant Generals, and the Controller of Currency.

The Reserve Bank of India was founded on Monday, April 1, 1935, with its main office in Calcutta. Until its own notes were ready for circulation, the RBI Act of 1934 allowed it to continue issuing Government of India bills. The bank debuted the portrait of George VI on the first five-rupee note in 1938. February saw the release of Rs 10 notes, followed by Rs 100 units in March. In June 1938, the bank issued Rs 1,000 and Rs 10,000 bills. The second Governor, Sir James Taylor, was the first to sign Reserve Bank notes.

The modern Rupee was introduced in 1947, and it took the design of its predecessor. The Lion Capital at Sarnath was chosen as the symbol for India’s paper money instead of the George VI series of banknotes. The first official Indian banknote was a one-rupee bill.

The image of the King was superseded by Ashoka’s Lion Capital. A corn sheaf took the place of the tiger on the one rupee coin. The monetary system remained unchanged, with 16 Annas making up a rupee. The 1955 Indian Coinage (Amendment) Act, which came into force on 1 April 1957, brought about the introduction of a “Decimal series.” The rupee was divided into 100 ‘Paisa’ rather than 16 Annas or 64 Pice.

The Reserve Bank of India created currency notes featuring Mahatma Gandhi’s image. These bills are still in circulation and feature improved security features, as well as tangible aids for visually impaired people. High-denomination bills of ₹ 5,000, 10,000, and 1,000 had previously been used in unlawful transactions; as a result, they were no longer accepted.

In place of the old ₹1000 and ₹500 banknotes, new banknotes of equal value were printed in November 2016 after the demonetization. In addition to the denomination change, a 2000-rupee note has been issued.