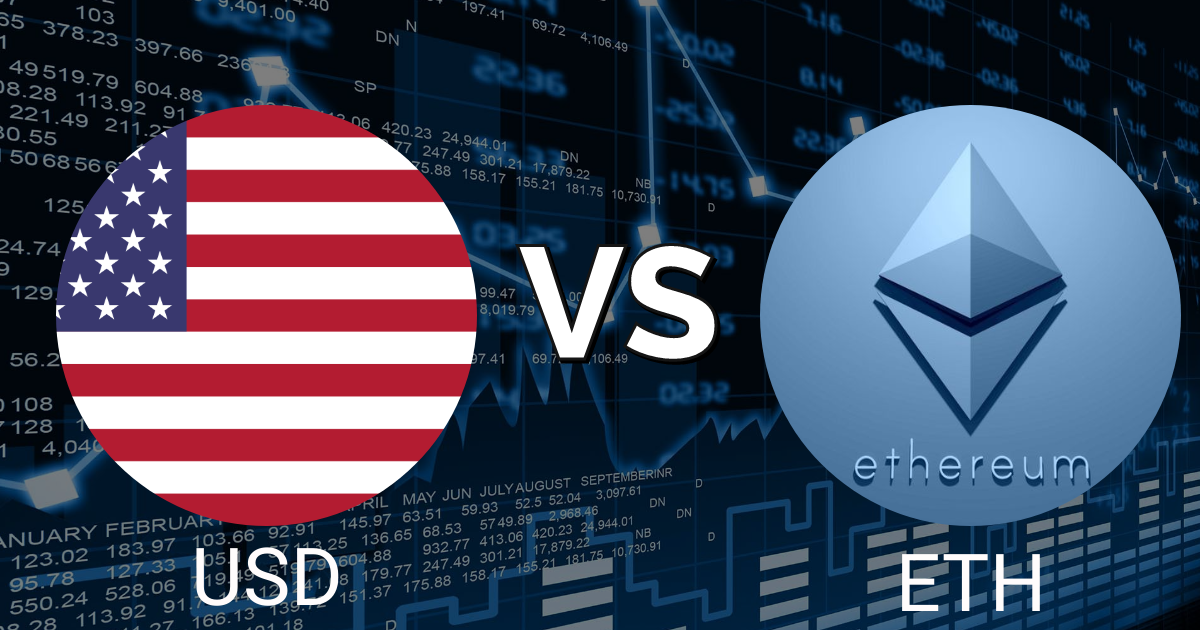 The history of Ethereum and US dollar is complex, but as to the history of Ethereum’s ether from US dollar is a much shorter story. Ether was introduced as a fundraising instrument to finance development of the Ethereum platform. The initial price at which ether was sold for US dollars was set by the founders of the Ethereum project on March 30, 2014 in a pre-sale that concluded on April 2, 2014. The price was approximately 0.0322 bitcoins per ether.

Ethereum is a software platform based on blockchain technology that allows for the global transmission of value using its native currency ether without the intervention of a third party. However, it has a lot more capabilities.

Ethereum was created by Russian-Canadian computer programmer Vitalik Buterin in 2013 as a way to extend the use of cryptocurrencies by allowing developers to build their own unique applications. These Ethereum-based applications, called “decentralized applications,” or dapps, are self-executing thanks to the use of smart contracts.

Smart contracts are code-based operations that execute on the Ethereum blockchain automatically when certain criteria are met. It’s possible to create all sorts of financial products using smart contracts, including lending cash when collateral is deposited into a designated wallet or executing a transaction when a certain criteria are met. The smart contracts are the foundation of all Ethereum-based dapps, as well as any other dapps developed on other blockchain platforms.

Ethereum’s supporters say that its main advantage over Bitcoin is that it allows users and enterprises to do far more than simply exchange money. It has been dubbed the “world’s hottest platform for cryptocurrencies and blockchains” by Bloomberg, with firms like JPMorgan Chase, Intel, and Microsoft putting money into it.

Bitcoin trades in cryptocurrency, whereas Ethereum has a number of options for trading, including cryptocurrencies (Ethereum’s is known as Ether), smart contracts, and the Ethereum Virtual Machine (EVM).

In August 2014, Ethereum held its initial coin offering and released its own cryptocurrency, ether, through it. At a price of $0.31 per coin, 50 million ETHs were sold during the event, bringing in over $16 million for the project.

Unlike many other cryptocurrencies, Ethereum’s cryptocurrency has an infinite supply, which means there is no limit to how much ether may be produced.

The inflation rate of ether is about 4.5 percent per year, according to the project’s official website. Since the first ever Ethereum block was mined, block rewards have been cut twice. The genesis block is the very first block in the blockchain. Because Ethereum does not have a predetermined block reward reduction mechanism like Bitcoin, its block rewards will gradually decrease. The community debates and votes on proposals called “Ethereum Improvement Proposals,” or EIPs, that would be included in future updates to the software code of Ethereum. Here’s a summary of ether’s issuance pattern up to now.

A second factor that affects the issuance rate is a feature known as the “difficulty bomb.” This refers to a mechanism that bumps up the mining difficulty on Ethereum’s original blockchain (before it converts to proof-of-stake Ethereum 2.0).

Ethereum 2.0, also known as “Serenity,” is a significant upgrade that aims to speed up, optimize, and scale the world’s second-largest cryptocurrency by moving from a proof-of-work protocol to a proof-of-stake system.

Ethereum’s new proof-of-stake (PoS) system, nicknamed “Casper,” will be implemented in 2019. Users of the network will lock up their coins to join the network as opposed to utilizing costly, energy-intensive mining equipment. The process of staking is as follows: each staker must lock up 32 ethers or join a staking pool and contribute their ether to the construction of new blocks on the Ethereum PoS blockchain. The Ethereum 2.0 upgrade is being implemented in phases. The following are the initial ones:

PoS and sharding both enabled, Ethereum developers anticipate that they will continue to improve the network’s security. This includes adding anonymity mechanisms to block proposals so that validator identity are hidden. To improve the network’s security, validators are being integrated into the system in a more granular manner, with randomness being further enhanced by utilizing new technologies such as the Verifiable Delay Function (VDF).