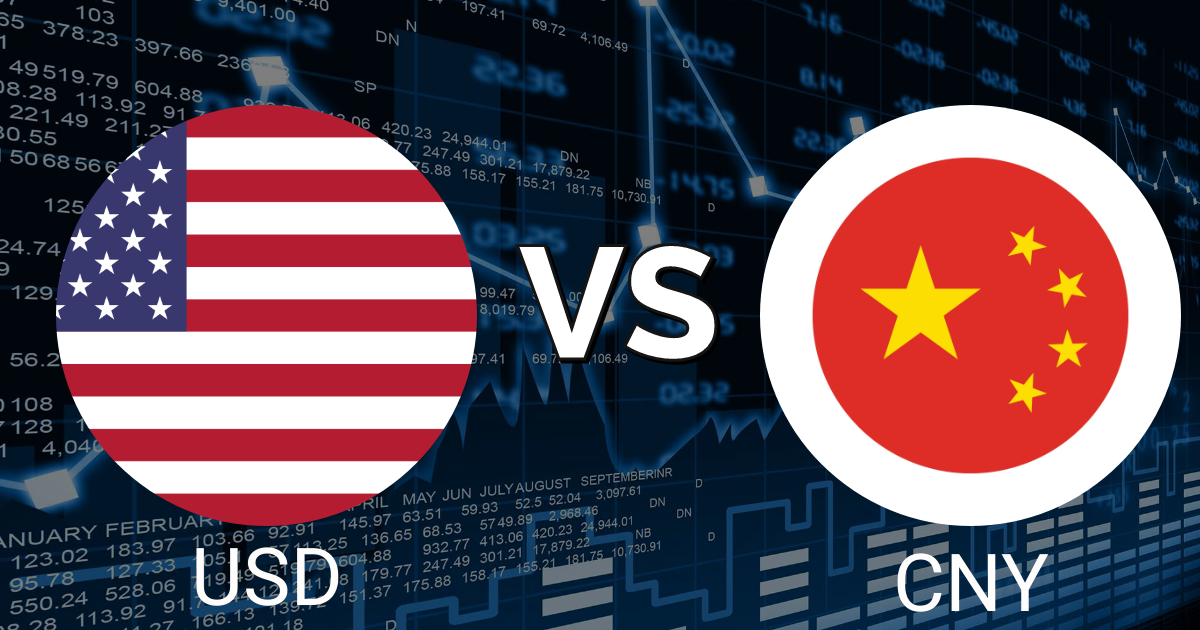 The USD (dollars) and CNY (yuan) is the primary ‘paper currencies’ of the West and East. They act as mediums of exchange and hence have been the most influential currencies of the world. However, the history of both these currencies is interesting. For instance, the US dollar was originally known as a ‘thaler’, which was introduced by Spanish explorers in New Spain and later exported to Asia.

For a variety of reasons, the Chinese currency is a hot topic right now. Not only does it characterize one of the world’s largest economic superpowers, but it is also at the center of one of China’s most controversial issues today.

The Chinese yuan has been regarded as undervalued by most economists for many years. However, the International Monetary Fund (IMF) stated in the summer of 2015 that owing to its current appreciation, the Chinese currency was no longer undervalued against the dollar.

The term for Chinese currency is “yuan” (CNY), and the national people’s renminbi (RMB) is known as “renminbi.” While China’s official money is the renminbi, which serves as a medium of exchange, the yuan is the country’s unit of account in its economic and financial system.

The Rise of Renminbi

The People’s Bank of China, under the Communist Party of China, was the first to issue renminbi in December 1948.

By 1949, the People’s Bank of China was already deep in a civil war with the Chinese Nationalist Party, which had its own currency, and the renminbi was used to stabilize Communist-controlled regions that aided in a Communist victory.

Following the Nationalists’ downfall in 1949, China’s new regime sought to eliminate excessive inflation that had plagued the old regime by rationalizing its financial system and concentrating foreign exchange administration.

In 1955, China’s central bank, the People’s Bank of China (PBOC), released a second series of renminbi that was accepted at a rate of one new RMB to 10,000 old RMB.

The third series of RMB was created in 1962, the first to employ multi-color printing technology and hand-engraved printing plates.

During this time, the exchange value of the RMB was unrealistically set with a number of Western currencies, creating a substantial black market for foreign currency transactions.

In the 1980s, China’s economy underwent significant changes and the RMB was devalued, making it more liquid. The fourth series of RMB was released in 1987 with a watermark, magnetic ink, and fluorescent ink.

The fifth series of RMB, which was released in 1999 and featured Mao Zedong on all denominations, is one such example.

Despite accusations from the United States, China pegged the RMB to the US dollar at roughly 8.3 RMB per dollar between 1997 and 2005.

On July 21, 2005, the People’s Bank of China announced that it would remove the dollar peg and establish a flexible exchange rate mechanism. The RMB was subsequently re-examined and set at 8.1 RMB per $.

The Differences Between CNY and RMB

One issue continues to perplex many: Is China talking about the internationalization of its currency, or is it simply considering doing so? Is the renminbi (RMB) a distinct currency from the yuan (¥)?

The People’s Republic of China’s official currency is the renminbi, which is sometimes abbreviated as RMB. The term yuan refers to a unit of money. Renminbi and yuan are frequently interchanged.

In December 1948, the Communist Party of China established the People’s Bank of China and issued the country’s first RMB, about a year before seizing power from the Kuomintang. The Japanese term for currency is ryuo, and the abbreviation RMB is widespread. A shopkeeper in China may express prices in terms of kuai, which refers to “pieces,” and is comparable to how Americans speak about money using “bucks.”

The yuan is often compared to the British pound sterling, or Federal Reserve notes to the US dollar. Not Federal Reserve bank notes, sterling, or renminbi are used in any exchange of prices; rather, the dollar, pound, or yuan is always expressed. The price of anything would be $120, £100, or ¥150.