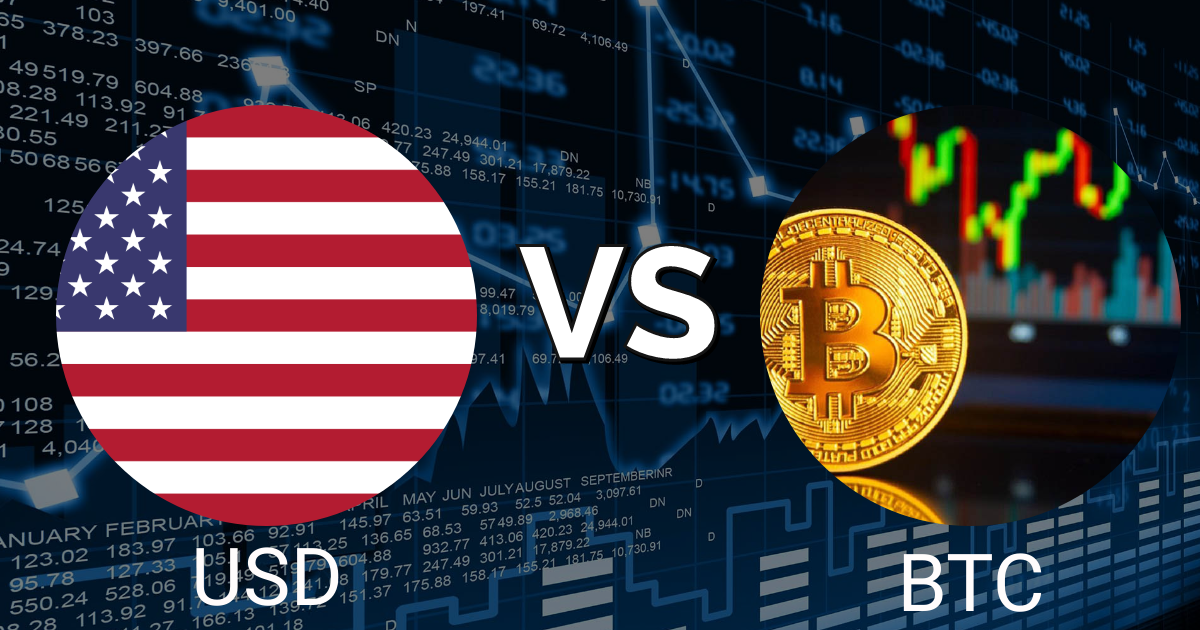 The relationship between Bitcoin and the US dollar is a very interesting thing to observe. The US dollar has been threatened by the rise of the cryptocurrency world for quite some time, and many experts predicted that 2017 was the year it would finally happen. Although it didn’t happen last year, there are still many signs suggesting that it is coming. Let’s look at a few of them here.

On January 3rd, 2009, the bitcoin code was first entered into the blockchain, a few months after the paper’s release. The “genesis block” consists of lines of code credited to Satoshi Nakamoto, who is believed to be a person or people.

Who is Satoshi Nakamoto

None of the veterans on the list recognized him, and what little information there was was confusing and contradictory. He claimed to reside in Japan in his online profile. His email address is from a free German service, as evidenced by Google searches for his name.

While Nakamoto himself may have been a mystery, his invention solved a problem that had stumped cryptographers for decades. Since the creation of the Internet, the idea of digital money convenient and untraceable, divorced from government and financial control has been a popular subject.

On May 22nd, 2010, the first “true” bitcoin transaction took place. Laszlo Hanyecz purchased two pizzas for 10,000 bitcoins (then worth about $30), which is now worth over $59 million at today’s valuations.

Most of its existence, bitcoin has been fed by three primary overlapping communities: the tiny community of original investors and true believers, blockchain technology enthusiasts, and speculators who are simply looking to profit. Another group has emerged recently: old-fashioned stodgy finance types.

Originally, bitcoin was designed to be a form of money with an underlying philosophy: instead of relying on a central bank, it relied on programming and Nakamoto’s whitepaper, both of which called into question the legitimacy of conventional financial institutions. However, Nakamoto vanished.

The system that was supposed to work without trust has developed trust issues as the digital currency took off. And, as the bitcoin’s price has increased, it has become another investment vehicle in the financial system it was designed to supplant. Bitcoin is now a part of the mechanism it was intended to overthrow ten years ago.

Bitcoin’s economy is made up of the computers belonging to its users. Every 10 minutes, an algorithm adds new bitcoins to the network: 50 every 10 minutes until around 2140, when the rate halves in increments. The steady growth of the money supply free from third parties, such as a central bank, could lead to hyperinflation.

How to Mine BTC

Every bitcoin transaction is recorded in a public ledger that is pseudonymous. Some bitcoiners’ machines solve cryptographic puzzles in order to verify transactions, and the first to do so receives 50 new bitcoins. Bitcoins may be kept on a variety of devices, from a “wallet” on a computer to a centralized cloud service.

How to Spent BTC

Spending bitcoin is as simple as sending an email, thanks to the bitcoin app. Acceptance is limited, but it’s increasing; look for the Bitcoin 101symbol at the checkout counter if you’re looking for places to spend bitcoin. Bitcoin entrepreneurs are attempting to make the currency far more user-friendly, with everything from point-of-service gadgets to PayPal alternatives being created.

Microsoft began taking bitcoin in 2014, according to Cointelegraph. In 2015, the Economist featured bitcoin as a cover story. During this time, other blockchain-based cryptocurrencies emerged, including Ethereum, which was founded in 2014 and amassed $18 million via an initial coin offering (ICO).

Another major paradigm shift occurred in the community when Ethereum was launched: the transition from bitcoin per se to blockchain technology. Ethereum allows users to create applications and sell their services using the blockchain. The “smart contract” is the most well-known application.

Let’s say we’ve agreed that if I write you a history of bitcoin, you’ll give me $10 on my birthday this year. We can do it the proper manner, which includes lawyers, notaries, and so on, or we may accomplish it using Ethereum.

In the latter scenario, you put $10 worth of smart coins in escrow when the contract is signed, then release them to me once the conditions of the agreement have been met. The cash is refunded back to you if I fail to meet the terms of our bargain.

Speculators gained a little ground in 2019, with bitcoin declining 80% from its peak. And as the price dropped, interest waned among most people, but not that of financial experts who may profit if assets rise or fall in value.

Cryptocurrencies, and bitcoin in particular, were being traded by entities like venture capital firms, hedge funds, mysterious bitcoin “whales,” and everybody else in recent years. According to the New York Times, several large banks and investment firms have expressed interest in setting up a cryptocurrency trading operation. Goldman Sachs, for example, has considered entering the market. Pending exchange-traded funds (ETFs) may allow investors to trade cryptocurrencies like stocks, tying digital currencies even closer to the system they were designed to replace.